I have a friend who is a staunch Republican (but I don’t hold that against her and I still love her very much, anyway!). She says, “No, I’m very Conservative,” but, I won’t bore you with the details of that argument.

Every morning that I open my eyes, I call or text her just to rile her up about Trump.  But, today was a different kind of day, and I found myself angered at the thought of any mom of daughters, being able to vote for this person.  (I could call him a Lunatic or a Mad-Man, but I like to choose my labels very carefully before I go applying them.  I mean, there could be better adjectives out there that I could use, right?)  Well, I’m saving them for later. 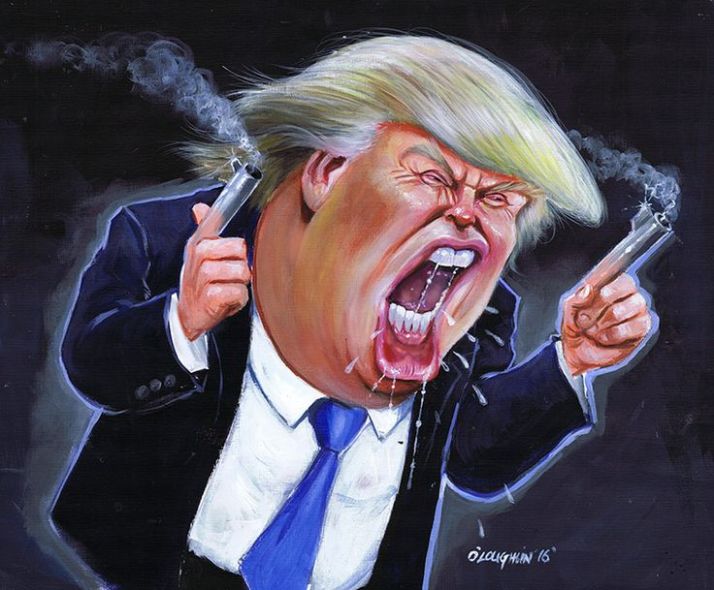 So, I posed these questions to her today via text:

“How can ANY Mother of daughters be OK with a so-called man becoming President who degrades, demeans, and thinks and speaks so poorly of women?  How can ANY Mother of daughters feel safe with a lunatic in office, as leader of the free world, who has publicly stated that it’s OK to “grab women by the P#$%^” and “because you’re a celebrity, they’ll let you do it?”  At some point, some people need to give up their hatred of the other party and realize how freaking CRAZY this arse-hole is, and that our Daughters will suffer and not be safe under his regime.  I don’t care what race your daughter comes from, SHE WILL suffer and not be safe with him as President.  And then, how will staunch Republican Moms explain to their Daughters, that they put him in that office because they hated the Democratic party so much?”

“Ha Ha!  I am not okay with any man or woman that degrades or dehumanizes any human being.  I believe both of our candidates are guilty of doing these things.  Donald Trump has apologized and has admitted shame for his actions. (That’s what abusive husbands do after they’ve battered their wife’s face up so badly that she’s unrecognizable, and then they turn around and do it again) Hillary Clinton has not.  I personally believe, based on factual evidence, that Hillary and Bill are corrupt and I will not vote for corruption to run our country.”

She continues:  “Both parties hate Donald Trump (I assume she’s speaking of the Clintons).  If he has done anything criminal we would have found out a long time ago.  Why will I not vote Democrat?  I believe it promotes Socialism/Communism, which I consider to be immoral structures that steal from working citizens-steals their money, property, and freedom through taxation without representation.”

Whew!  She finally takes a breath!  But, all that didn’t stop me from picking up the phone and calling her.  It was time to take this debate LIVE!

“Mitzi, my dear friend (names have been changed to protect the delusional), I’d like to point out where you have totally contradicted yourself, but first, you already know that I stand firm in all that I believe in.  In your defense of Trump’s behavior towards women, you stated:  “I am not okay with any man or woman that degrades or dehumanizes any human being,” yet, you are adamant about supporting Trump, in spite of what you heard him say.  Being NOT OK with something, means that you OPPOSE it, you are AGAINST it, you REBUKE it, and there is no way that you are going to aid in furthering it’s cause.

All who know me, know that without a shadow of a doubt, I am firmly convicted in the things that I believe in, and when I oppose something, you can bet your bottom dollar that it will never wear my support.  My friend’s way of thinking, is a perfect example of STANDING FOR SOMETHING OR FALLING FOR ANYTHING.  She says she does not agree with what he has said OR his behavior of women, yet she’s going to vote for him anyway.  Does this make sense to any of you?  Because it makes absolutely zero sense to me.

Mitzi shared with me one day, that she had to vote for someone and that there were no other choices.  Hmmmm, what about that Jill Stein (Green Nominee) and that Gary Johnson (Libertarian Nominee)?  Poor things, they are unfortunately on our ballot of evildoers and crooks, aren’t they?  But, she wouldn’t vote for them, because as I mentioned earlier, she’s a staunch Republican…the ones who vote straight Republican no matter their views on anything!   I can’t say that there is much that frightens me in this world, but people who have that kind of mentality…puts me right smack dead in the middle of the original “THE HILLS HAVE EYES” movie.  And, that movie scares the heeby-jeebies out of me!

So, here is my question to all you other moms (or fathers) of daughters, who are staunch Republicans (undercover Conservatives):  are you bothered enough by the things that Trump has said about women, someone else’s daughters, that you are going to give him a pass (BECAUSE HE APOLOGIZED), and vote for him anyway?  OR, since folks have said that Hillary is evil, are you going to vote for the lesser evil?  All politics aside, at this point, my only concern is that a man who thinks the way that he does, could possibly rule in a world where my beautiful daughters reside.

If your answer to my question above is “YES,” my next question might make you a tad uncomfortable…WHAT KIND OF MOM ARE YOU ANYWAY???!!!  And if you’re curious, I had a horribly ugly frown on my face in your direction, when I asked the question. 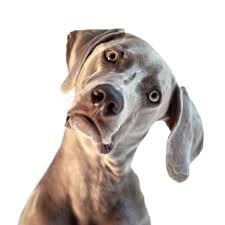 (No, it didn’t look like this…he’s just confused at your way of thinking)

You don’t have to reveal your political party preference here, but what is your take on STANDING FOR SOMETHING OR FALLING FOR ANYTHING?  Are you truly convicted in the things that you believe in, or, are you a fence-straddler or a lean-in-whichever- direction-the-wind-is-blowing kind of person?

Whichever you are, don’t be afraid to share with us in the comments section below.  Healthy, respectful debates never hurt anyone.  Actually, they only help us grow and give us insight into the mind-set of others.

Thanks for dropping by!

10 thoughts on “What Kind of Mom Are You Anyway? #RRBC”