Every time I decide to pen a blog post, it is always my intention to make it short, but laced with a heavy punch; one that you will feel, and one that will also tug at your heartstrings and leave you reeling from what I’ve said.  My intention for this post will be no different – let’s just hope my emotions and my passion for this topic don’t take me in a different direction.

You all know I only blog when I have something of substance to share, so, here goes.

I am a huge fan of the Housewives franchise.  Doesn’t matter where they are… the OC, New Jersey, Atlanta, Beverly Hills, Dallas, and even Dubai, I am deep, deep, deep into the stories.  At the start of last year’s RHOBH season, Sutton (a Caucasian woman), and Crystal (an Asian-American woman) were having a discussion, where Sutton was sharing a moment from her daughter’s childhood. She said that one day she looked out her window and her daughter was sitting in a pool with other little kids of all different races, and how that sight made her feel. I think she said it gave her hope for the world (and if she didn’t say that, I know it’s what she was trying to express).  Now, I don’t remember the conversation verbatim, but Crystal turns to Sutton and says, “Don’t tell me you’re that girl who says I don’t see color.” Floored (the same as I was), Sutton replied, “Well, I don’t see color.” Boy did those last 4 words set off an internet storm!

No matter where I turned or logged on to the internet, I saw people being ripped to shreds because they also said, they didn’t see color.  Well, hello, badass on board here, because I am unafraid and unapologetic when I say, “I don’t see color.”  Now, I don’t know when that turned into a racist statement or when it took on a negative racial undertone, but I’m here today to break it down for all of you Lucys, who don’t understand what that statement means, and you need someone to ‘splain it to you.

I raised my daughters to not see color.  You see, babies aren’t born knowing that the shade of their skin is different from the little friends they will eventually grow up to play with every day.  That knowledge is taught.  Of course, they’ll one day go off to school, and as they get older and start overhearing things they probably shouldn’t (i.e. adults having adult conversations around them, which is always a No-No in my book), they will begin to notice these differences – but the only way they’ll begin to feel that those differences matters, is if you, the parent, or the person who has the greatest influence over their lives, make it a big (negative) deal.  They will ask you questions, and the way you answer those questions determines how they will move forward in the world when they see others whose skin tones are lighter or darker than theirs. 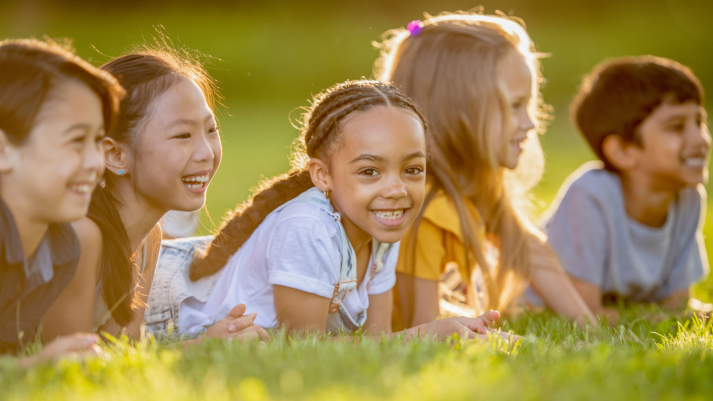 Saying “I don’t see color,” doesn’t mean that I don’t see that you’re black, or you’re white, or you’re Hispanic, or that you’re Asian… it simply means, the shade of your skin doesn’t matter to me – what’s in your heart and how you treat me and your fellow man, does.

So all of you who are triggered by hearing someone say, “I don’t see color,” take a chill pill because it’s not that serious.  People are merely trying to express that they don’t care about the color of your skin, and they’re hoping that you don’t care about the color of theirs.  We’re all people – we all bleed red, and we’re all from the same race – the human race.  We have enough to worry about in this world, like our babies being killed when we send them off to school, our elderly being attacked in mall parking lots, and of course, real racism.  You know what real racism looks like – it’s when we see black men being murdered a million times more than men of other races.  Those are the things that should infuriate you; not hearing someone express how they love all people, no matter the shade of their skin.

Again, some of you need to calm down.  And once you’re calm and have taken the time to regroup, do us all a favor…  go out and put that energy into righting the real wrongs of this world.

Saying “I don’t see color” IS NOT a racist statement!  Wouldn’t we all be so lucky if we lived in a world where I didn’t have to waste my time clarifying that?

How about you?  Do you see color?  Did you raise your kids to not see color?  What does that statement mean to you?